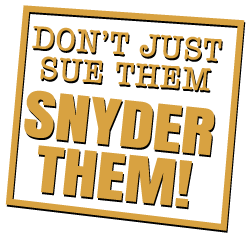 Alzheimer’s is a devastating disease. It is the most common form of dementia, and it causes problems with memory, thinking and behavior.

Alzheimer’s is a devastating disease. It is the most common form of dementia, and it causes problems with memory, thinking and behavior. For example, a wife may not be able to leave the side of her spouse, and vice versa. If left alone, those with Alzheimer’s will quickly forget the details of their current situation. From that point, they’re susceptible to wandering while trying to find their spouse or whomever was last with them. It is not a normal part of aging, and unfortunately it worsens over time. The simplest of functions eventually become difficult to achieve. It’s also difficult to trust others with the care of your loved one, as nursing homes can neglect those with Alzheimer’s, which we’ll touch on as well.

Those With Alzheimer’s Don’t Know It

This is a general misconception of those with Alzheimer’s. It can go both ways. Generally, people who are suffering from the condition early on are able to recognize when they’ve had a lapse in memory. However, it always depends on the severity of the condition. As time goes on, they’ll eventually not realize. When this happens, it’s important to treat the situation delicately, as they can become easily frustrated upon corrections.

It’s Only A Problem For The Elderly

Again, this is partially true, yet also partially false. Most people suffering from Alzheimer’s start developing symptoms at some point beyond the age of retirement. It’s not always the case, though, as others are struck with a form known as early-onset Alzheimer’s disease. This could affect people as early as their 30s.

Be Careful With Nursing Homes

At some point along the way, it may become too difficult for you to take care of your loved one on a daily basis. For whatever reason, it just gets overwhelming. In many cases, a family will move the Alzheimer’s patient to a nursing home facility, essentially outsourcing the care. While it can be a smart practice, you need to be aware of nursing home neglect. An Alzheimer’s patient is at a significant disadvantage because of their memory, and how easily they can be manipulated. They also will struggle to alert anyone about abuse. Nursing home neglect is a form of medical malpractice, and is certainly punishable.

If Your Loved One Has Suffered From Nursing Home Neglect, Contact Snyder Law Group

Categories: Uncategorized
This entry was posted on Friday, September 1st, 2017 at 3:58 pm. Both comments and pings are currently closed.